Just a note to let you know that as of a week ago, I am off Lamictal (Lamotrigine) permanently (after my over two year journey). I tapered down, down, then five mg every two weeks for a while and finally one mg every two weeks and with patience, here I am. It's hard to believe!

I am very excited, even though I am still having side effects. I know that will taper off too... 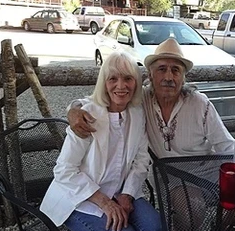 Shanna
I have such deep gratitude for all the information, support and love that I received from Point of Return.

After the holidays, I intend to enter the different net pages on Lamictal that people have posted, chatting with each other about their situations. I want to tell them about Point of Return (POR) -- what an incredible resource and the (so important) emotional support all of you gave me through this long and arduous journey. The new website is so beautiful and appealing. I loved looking at it. At one time or another, I have read everything on it, including all the stories.

I know you get a lot of thanks for the wonderful work you do. May I add my thanks again and again. So many times when I felt desperate and I emailed or called, you were always there, encouraging, explaining the process, helping me through the dark days... It meant everything. I am so grateful to my supportive partner, Joseph, and he too thanks you deeply.  We will stay in touch, and I am always available to be a resource to anyone who needs support.

LEARN ABOUT OUR   IN-HOME WITHDRAWAL PROGRAM TO GET OFF LAMOTRIGINE "I have found that if you work the Point of Return program that it will work for you.  The results are there if you do your part and work the program."
Rachel

The next day I called Point of Return (POR) and left a message and within ten minutes Alessandra called me back, I talked for about an hour and I made the decision that I wanted to join the program.

I knew that it was God who guided me to Point of Return and I am so grateful for them.  I ordered my product and read all the information about the program.  In August 2012 I started to taper off of Prozac and finished on October 8, 2012, then on October 23, 2012 I started to taper off of Lamictal and I finished January 1, 2013.  I am thankful to God for His daily strength and help.

Imagine being FREE of Lamotrigine Dependency

Free Mentoring on our 24/7 Private Discussion Board

Free Assessment upon Starting (a $400 value)

how our in-home program

Our Lamotrigine in-home weaning program is a slow taper that allows you to step down from Lamotrigine under the guidance of Our Team, Your Physician and Pharmacist. The Pre-Taper is for Symptom Relief. You will not wean Lamotrigine until you feel better. This is where our Advanced Nutraceuticals are critical. Point of Return provides healthy, Drug-Free Strategies to help ease Lamotrigine withdrawal symptoms and support well-being.*

Our areas of expertise are Antidepressants, Benzodiazepines, Sleeping Pills and Painkillers on a case-by-case basis. Our In-Home programs are individualized based on your situation. An assessment is done once you start the Lamotrigine Withdrawal Program which allows us to individualize your gameplan based on age; length of time on the medications; health challenges; lifestyle, stress levels; additional medications; goals; and interactions. Don't Wean Lamotrigine alone, work with our Prescription Drug Experts.*