According to Peter Breggin, M.D., author of Talking Back to Ritalin, “America now uses 90% of the world’s Ritalin – more than five times the rest of the world combined.”

Point of Return Can Help You

The Point of Return Program is an in-home tapering program that allows you to gradually taper the amount of methamphetamine while also implementing the use of all-natural, calming nutraceuticals to help ease withdrawal. We eliminate Interaction items to help make methamphetamine withdrawal more comfortable. Our physician recommended schedules allow Your doctor to taper you off methamphetamine correctly. methamphetamine can be dangerous to abruptly or rapidly stop and our program is a proven, viable, low-cost option to continue living your life while tapering*. Read program FAQs.

We are experts that specialize in prescription withdrawals.

Key Components of our In-Home Program

Every person at Point of Return has a personal story with these drugs. You are not alone

This is a low cost program with proven results

I tapered successfully off of Zolpidem (Ambien) and today I am entirely drug-free and I fall asleep every night! more... 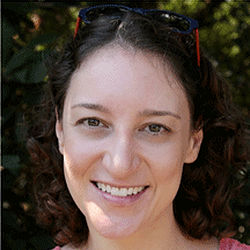 Side Effects May Include

Withdrawal Symptoms May Include

Other names for Methamphetamine:

At Point of Return, a 501(c)3 nonprofit, we have spent the last 15 years helping people come off prescription drugs correctly. With customized taper rates and all natural nutraceuticals, our program allows you to taper off, once and for all, from the comfort of your home. Read program FAQs. 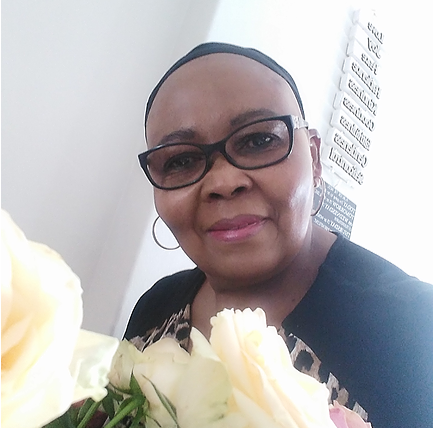 Chemically, methamphetamine is closely related to amphetamine, but it has greater effects on the brain and nervous system. Methamphetamine is also chemically similar to Dopamine and Norepinephrine. It produces its effects by causing Norepinephrine and Dopamine to be released into the synapse in numerous areas, including the striatum, the area involved in movement. Excess Dopamine and Norepinephrine are normally broken down by enzymes in the cell, but methamphetamine blocks this breakdown and the excess Dopamine causes feelings of pleasure and euphoria, while the excess Norepinephrine may be responsible for the alertness and anti-fatigue effects. Methamphetamine can also cause cerebral edema (water on the brain), brain hemorrhaging, paranoia and hallucinations. Some of the effects can be long lasting or permanent.  Laboratory testing has shown that exposure to a single, high dose of methamphetamine or prolonged exposure at lower doses can destroy up to 50% of the Dopamine producing neurons in parts of the brain.

Stimulants used for Attention Deficit Hyperactivity Disorder (ADHD) work by increasing both the blood flow and levels of Dopamine in the brain, especially in the frontal lobes where the brain’s higher mental functions take place. The frontal lobes involve the ability to recognize future consequences and allow the individual to choose between good and bad actions, to override and suppress unacceptable responses.

Stimulants such as dextroamphetamine (Dexedrine) and methylphenidate (Ritalin) have chemical structures that are similar to critical brain neurotransmitters called monoamines. These include Norepinephrine and Dopamine. Stimulants increase the levels of these chemicals in the brain and body and in turn, increase blood pressure, heart rate, constrict blood vessels, increase blood glucose, and open the pathways of the respiratory system. It is the increase in Dopamine that is associated with the sense of euphoria that can accompany the use of Stimulants.

In the brain, Dopamine functions as a neurotransmitter, but is also a neurohormone released by the hypothalamus. But Dopamine has many functions, including important roles in behavior and cognition, voluntary movement, motivation, punishment and reward, sleep, mood, attention, working memory and learning. Dopamine’s main function is to inhibit the release of prolactin from the Pituitary. Prolactin stimulates lactation (milk production) and is also essential in the maintenance of the immune system.  Abnormally high Prolactin can delay puberty, interfere with ovulation in women and decreased libido in men and decrease fertility in both sexes.

Cocaine is a drug that acts on the Dopamine pleasure circuit to prevent reabsorption back into the nerve cell.  Normally, neurons release Dopamine, which then crosses the synapse (structure) to stimulate another nerve cell. Once this is accomplished, the Dopamine is picked up by a transporter molecule and returned to the original nerve cell. Cocaine prevents the return and reabsorption of Dopamine. This causes a buildup of Dopamine that creates strong feelings of pleasure and even euphoria. The excess accumulated Dopamine causes the nerve cells that have Dopamine receptors to decrease the number of receptors they make. This is called down-regulation. When Cocaine is no longer taken and Dopamine levels return to their normal lower levels, a smaller number of Dopamine receptors are available to the Dopamine to fully activate nerve cells.

A dysfunction of Dopamine neurotransmission has been implicated in a variety of neuropsychiatric disorders including Tourette’s Syndrome, Parkinson’s Disease, Schizophrenia, and also in both drug and alcohol dependence.

Studies are currently underway to determine the long-term effects of methamphetamine in humans. Scientists believe that the progressive decrease in numbers of Dopamine-producing neurons may lead to the symptoms of Parkinson’s disease.

Methamphetamine is water soluble, meaning it is more quickly absorbed by the human body and can be injected than non-methylated amphetamine. Otherwise, there is no difference between the two drugs. In fact, Methamphetamine breaks down into amphetamine once it’s ingested in the body.

Back to top of page

*Because prescription medications can cause severe withdrawal reactions, do not stop taking any medication without first consulting your physician. The decision to taper any medication should be discussed with your doctor and done with their consent and support throughout the process. More...