Suboxone / Buprenorphine (Suboxone, Zubsolv, Bunavail, Buprenex, Butrans) was approved by the FDA in 2002 to treat Opioid addiction and Naloxone (an opioid blocker) was combined to produce Suboxone. The emergence of Suboxone was touted as a safer alternative to Methadone and sold $1.55 billion in 2013. Buprenorphine does have addictive properties and Suboxone Withdrawal emerged in spite of the manufacturer claiming the drug had built in safeguards for abuse and addiction.  To Wean off Suboxone we use a gentle taper to minimize the withdrawal symptoms. Yet many find that they need relief during Suboxone Weaning and our nonprofit has helped many Get Off Suboxone with natural nutraceuticals that help ease the Suboxone Withdrawals.

How the Program and Tapering Process Works Suboxone Dependence

Our Suboxone weaning program is a slow taper that allows you to safely step down from Suboxone under the guidance of Our Team, Your Physician and Pharmacist.  The Pre-Taper is for Symptom Relief. You will not wean Suboxone until you feel better. This is where our Advanced Nutraceuticals are critical. Point of Return provides healthy, Drug-Free Strategies to help ease Suboxone withdrawal and support well-being.*

Our areas of expertise are Antidepressants, Benzodiazepines, Sleeping Pills and Painkillers on a case-by-case basis. At-Home programs are individualized based on your situation. An assessment is done on any herbs, vitamins, and over-the-counter items you are currently ingesting to ensure there are no interactions. Don't Wean Suboxone alone, with with our Prescription Drug Experts.  Start on your Point of Return today!

Weaning off Suboxone (Buprenorphine) can minimize the symptoms that resemble Opioid Withdrawal including insomnia, anxiety, depression, irritability, headache, lethargy and many tremors. Suboxone Withdrawal symptoms can vary in severity and duration, depending on the length of time taking Suboxone, age, health challenges, etc. Our nonprofit has been helping people escape Suboxone and Opioid Addiction for 15 years and we believe in a gentle taper combined with symptom relief from highly effective nutraceuticals.

Suboxone (Buprenorphine) was discovered as an alternative to Morphine in 1966. Suboxone was first released in France and approved by the FDA in 2002, developed as an office-based treatment for Opioid Addiction. Suboxone contains both Buprenorphine and Naloxone, a full agonist that prevents users from injecting Suboxone to get high. In a similar fashion to Methadone, physicians realized there was a high relapse rate with Opioids and Suboxone became a medication for life without carrying the stigma that Methadone does.

Suboxone maker Reckitt Benckiser Group (RB Group) was indicted by the U.S. Federal government for engaging in an illicit nationwide scheme to increase prescriptions of Suboxone according to the DOJ. Their patent was expiring for Suboxone, and RB was accused of undermining the market for generics through a ploy that began with stopping prescribers from dispensing Suboxone and replacing them with a new film version of Suboxone RB had patented. This was followed by removing Suboxone from the market claiming children might inadvertently eat the tablets based on a study RB funded while on the same day filing a petition with the FDA calling on the agency to postpone approval of generics in the ‘interest of public safety.’ RB settled with the U.S. government for a record $1.4 billion and additional $700 million for civil settlements in six states.

While Suboxone has helped many quit Heroin or Opioid Addiction, Suboxone does have addictive properties because it contains Buprenorphine, an opiate deemed to have a lower potential for dependence than other painkillers. Yet Suboxone can cause many of the same withdrawal symptoms of Opioids including mental/mood changes, agitation, irregular heartbeat, anxiety and insomnia.

Our nonprofit has found that the best way to Get off Suboxone is to do a slow taper while also calming the nervous system naturally. Our program has successfully been used in 81 countries and every state of the United States over the past 15 years Key Characteristics of an at-home Suboxone Withdrawal program requires highly skilled professionals; alternative therapies to manage withdrawal symptoms; peer support and mentoring combined with slow taper rates. Point of Return provides a comprehensive approach to Get Off Suboxone that allows you to continue living your life. This approach works best for people who have a stable home environment. Contact our Drug Experts to see if an at-home program is right for you.

Imagine being Free of Suboxone Dependency

- Your program is customized for your specific situation

- Free Expert Mentoring on our 24/7 private Discussion Board

This is a low cost program with undeniable results.

I can't thank POR enough and the best thing is knowing there are people out there like them. That's what makes me happy.

At Point of Return, a 501(c)3 nonprofit, we have spent the last 15 years helping people correctly taper off prescription medications. With customized withdrawal rates and all-natural nutraceuticals, our program allows you to taper off Suboxone, once and for all, from the comfort of your home. Read program FAQs 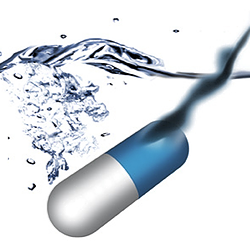 "I am convinced that had it not been for the POR products I was able to take and y'all cheering me on I would not be here today.  - by Richard (Oregon) Oxycodone, Suboxone more...

Suboxone Side Effects May Include

Suboxone Withdrawal Symptoms May Include

Other names for Suboxone May Include

*The program outlined in Point of Return is not meant to substitute your doctor, instead it is to be utilized With Your physician to help you with your drug withdrawal process and with his or her consent throughout.

*Because prescription medications can cause severe withdrawal reactions, do not stop taking any medication without first consulting your physician. The decision to taper any medication should be discussed with your doctor and done with their consent and support. More...